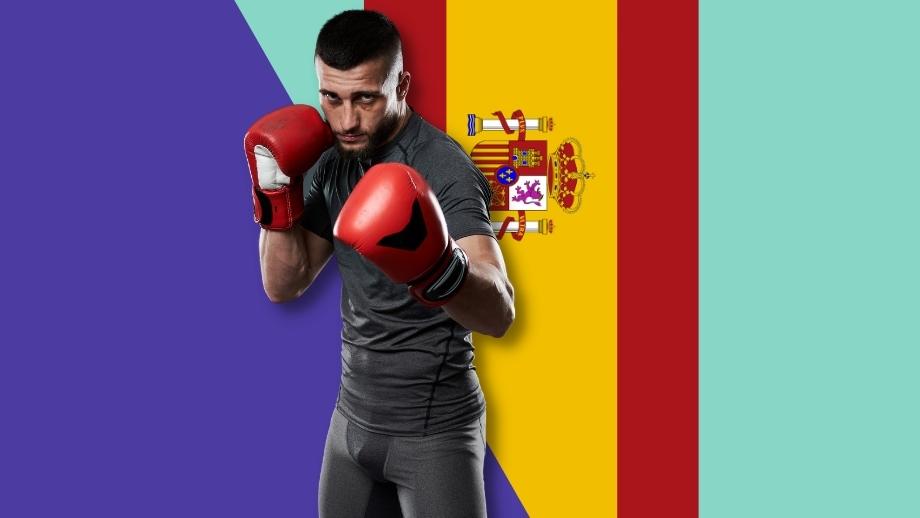 Spanish fighters are slowly becoming more prominent in the UFC, and fight fans recognize the class these martial artists bring into the octagon.

I’ve prepared a quick list of the best current Spanish UFC fighters to give them the spotlight. Keep reading to find out the top names to watch right now.

Are there any Spanish UFC fighters?

There are currently 3 active Spanish UFC fighters, Ilia Topuria, Joel Alvarez, and Juan Espino. Topuria fights as a Featherweight, Alvarez in Lightweight, and Juan in Heavyweight.

Initially, there were more Spanish fighters on the UFC roster. Unfortunately, they didn’t have luck inside the octagon and switched organizations eventually.

Three fighters are currently included in the UFC roster. Some are strikers, while others are high-level wrestlers. Have a read below and find out who they are.

Ilia ‘El Matador’ Topuria is a German-born fighter. He moved to Spain after turning 15 and started his martial arts journey at the Climent Club.

Topuria is known as a fight finisher. He can submit and shut the lights out on his opponents.

At the age of 18, he entered the world of professional fighting. He went undefeated on local promotions, with almost every win coming from a first-round finish.

Topuria entered the UFC in 2020 and fought Youssef Zalal. Ilia suffered a striking disadvantage, so he put the fight to the ground.

Ilia converted 5 out of 9 attempted takedowns. This helped him snatch the unanimous decision win.

Joel ‘El Fenomeno’ Alvarez was born in Gijón, Spain. He started training in MMA when he was 18 at Gijón’s local gym.

Alvarez is a beast on the ground. More than 50% of his wins came from a submission. But he can also swing hands with a couple of KO wins under his record.

One of Joel’s most impressive victories is against Danilo Belluardo. Alvarez finished that fight with a series of slick ground and pound to force a KO/TKO victory.

Some other fighters that Alvarez finished are Joe Duffy, Alexander Yakovlev, and Thiago Moises.

Juan ‘El Guapo’ Espino is a Heavyweight fighter from Gran Canaria, Spain, who trains in ATP. He is known for his world-class wrestling and submission game.

El Guapo won his UFC debut against Justin Frazier. He finished the fight late in round 1 with a textbook Armbar finish.

Juan holds a rare finish record in the UFC. He managed to secure a Scarf Hold submission over Jeff Hughes.

Why are there so few Spanish UFC fighters?

There are few UFC fighters from Spain because they focus on other sports. The Spanish people have their focus on more popular sports in that country. These are Football, Basketball, Cycling, and more non-combat sports.

It’s not that Spain is not fond of fighting; MMA hasn’t just bloomed in that country compared to the USA. An example of a combat sport they love is bullfighting.

Spain has a few MMA-focused gyms compared to other countries. Because of that, many Spanish aspirants don’t know how to get into MMA without training outside the country.

Despite having some local MMA gyms, more is needed to produce high-level UFC fighters.

Every fighter above started training locally before to the US to train in bigger gyms to improve their abilities and create more competitive opportunities.

So even though young Spanish fighters train MMA at their local gyms, entering the UFC is impossible if they don’t have the budget to get to the USA, get their talents on display, and make a bigger name for themselves.