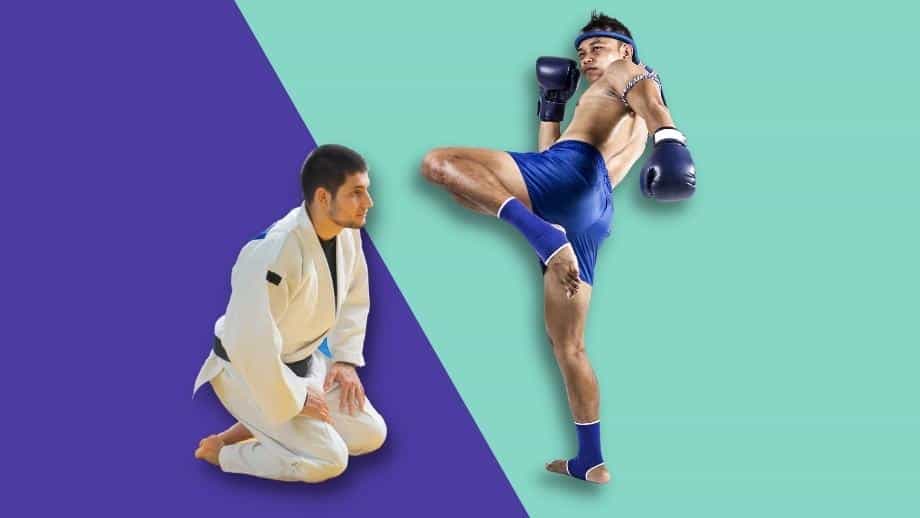 Judo and Muay Thai sports create fighters known for their speed, agility, and power. So, who would win between a Judo Vs Muay Thai fighter?

In a Judo Vs Muay Thai fight, it would likely be the Judo fighter who will emerge victorious. But, the outcome of any fight is ultimately determined by the skills and abilities of the individual fighters.

In this article, I will analyze the disciplines of Judo and Muay Thai and determine who is edgier in a match. Read on!

Who wins in a street fight between Judo or a Muay Thai fighter?

This is because the Judoka (Judo practitioner) can take the fight to the ground, where he can utilize his superior grappling skills.

Judo Vs Muay Thai has been a popular topic of debate among martial arts enthusiasts for years.

There are many similarities between the two disciplines, and many fights have occurred throughout history.

Although both sports have similarities, there are differences between them.

Judo also has a much more comprehensive range of techniques that can be used to take down an opponent. Muay Thai generally relies on punches, kicks, and knees.

Judo’s advantage against Muay Thai can be practiced through learning effective timing to get them through striking/kicking range and into grappling range.

A Judoka must get close to be able to execute Judo techniques.

On the other hand, if a Muay Thai fighter wants to win, some broader grappling skills are needed to escape and evade the grips that the Judoka will try to use.

In terms of physique, Judo fighters are typically more compact and muscular. Muay Thai fighters are taller and have a more extended reach.

Judo fighters leverage their opponent’s weight to throw them off balance. In comparison, Muay Thai fighters use their strikes to wear down opponents.

In a Judo vs. Muay Thai fight, it would likely be the Judo fighter who will win. This is because Judo relies on leverage and balance to defeat an opponent.

But, in the end, each bout’s results come down to each fighter’s talents and capabilities.

Does Muay Thai Also Use Grappling?

Muay Thai doesn’t grapple as much as other combat styles, but it’s still an essential part of the sport.

Muay Thai focuses on delivering blows while standing but also has an undervalued grappling element.

The grappling in Muay Thai takes years to master with its required high technicalities. This grappling technique is also distinctive compared to other martial arts.

Judo is a Japanese martial art created in the late 19th century. It is an ideal form of self-defense for many reasons.

This sport has several advantages that make it beneficial to Muay Thai. For one, as it uses the opponent’s momentum against them, the Judo fighter can disable an opponent even if they are bigger and stronger.

Muay Thai is known for its effective fighting style. Many professional fighters have used it over the years to affect competitions like UFC and ONE significantly.

Muay Thai also has advantages over other martial arts, such as Judo.

Its practitioners are trained to use their body’s weapons, including elbows, knees, and shins.

This allows them to deliver more powerful strikes than Judo practitioners can do.

If Muay Thai fighters master the striking styles and the art of the trapping range– the clinch, they could have a strong advantage against a Judoka.

This technique is where the fighters are locked together while fighting in an upright posture. From there, a Muay Thai fighter can deliver more effective strikes.

Which is better, Judo or Muay Thai?

Judo is an excellent choice if you want a great workout and to learn self-defense techniques. Muay Thai is a way to go if you want an intense workout and learn discipline and focus. It depends on what you’re looking for in a martial art.

Judo and Muay Thai are two very different Martial Arts disciplines, each with their unique benefits.

Judo is a great workout, both physically and mentally. At the same time, Muay Thai is an intense workout that teaches discipline and focus.

Judo will teach you how to fall correctly and use your opponent’s weight and momentum against them.

Muay Thai will teach you how to throw powerful punches and kicks and use your elbows and knees effectively.

So which one is better? Judo or Muay Thai?

Judo makes you stronger. It’s a great core workout, and you’ll understand your center of balance.

Judo also has a lower injury risk than other martial arts, making it a safer choice.

On the other hand, Muay Thai also has several benefits that make it an excellent choice for those looking to get into martial arts.

Muay Thai has more cardio focus than Judo does. This means that you can burn more calories and get in shape more quickly with Muay Thai.

The answer to what is better among the two always depends on your preferences and what you’re looking for in a martial art.

As for me, I’ll go for Judo since it has a lesser risk of injury and its defense techniques are what I am eager to learn.

Another plus is that in Judo, you can acquire agility, balance, timing, and many other skills without knowing.

Judo or Muay Thai for self-defense

Judo is better suited to real-world self-defense with its ways of incapacitating people without harming them. Muay Thai, on the other hand, is generally more effective in a street fight.

Judo is an excellent self-defense martial art because it can help you take down an opponent much larger than you.

Muay Thai is also an excellent self-defense martial art because it teaches you how to use your fists, legs, elbows, and knees as weapons.

Both styles can be highly effective in self-defense situations, but they each have their own strengths and weaknesses.

As for me, if self-defense is the goal, Judo is probably the better choice when compared to Muay Thai.

While Muay Thai certainly has its merits, it relies too much on strikes to the head and body, which can seriously harm an opponent.

Judo focuses on throws and takedowns, which can be just as effective in incapacitating an opponent without causing permanent damage.

In a self-defense situation, it is often better to disable an attacker than to injure them, and Judo provides a clear path to doing just that.

As such, it is the superior choice for those interested in real-world self-defense applications.